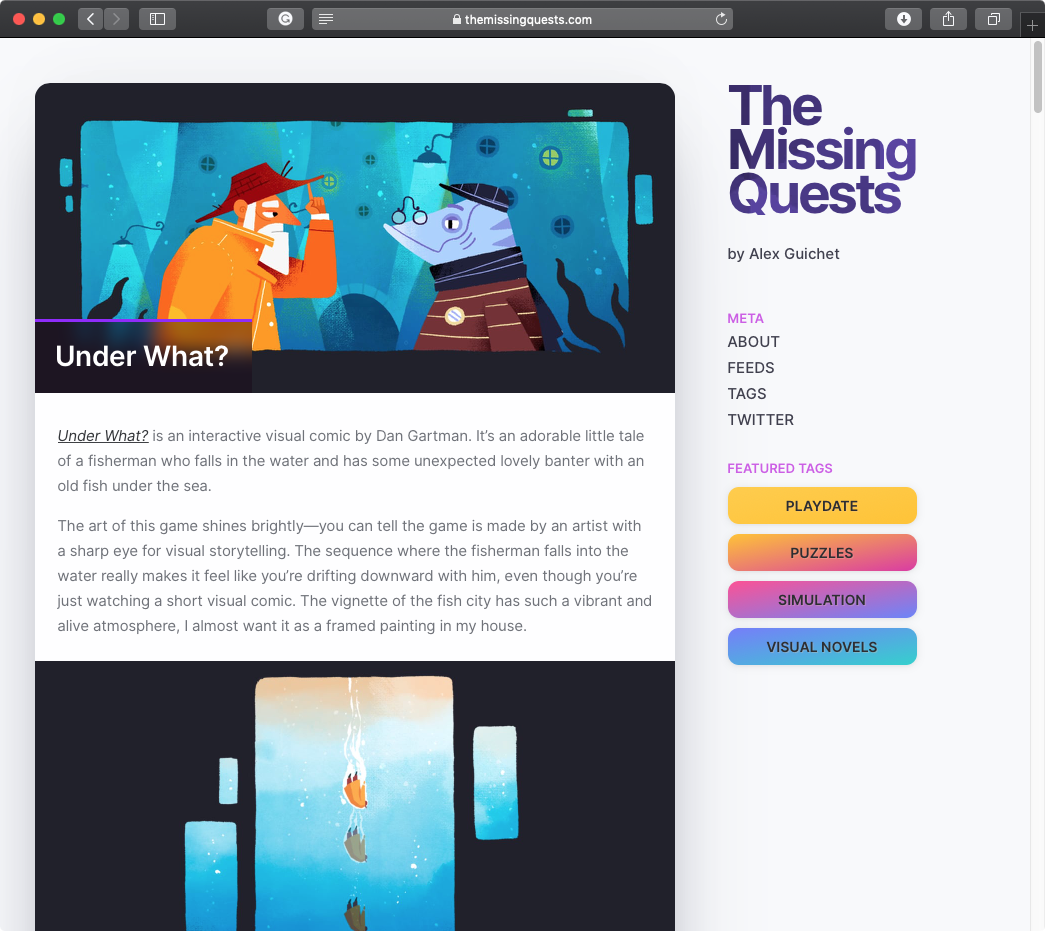 The Missing Quests is a site that celebrates indie games from small creators. I like playing niche games with good art and story, but often find that there’s a lot of creations that go under shared and under-reported. With a few posts a week, I put together content that tries to achieve a balance of letting images from the games shine in combination with my editorial content about the game. (These aren’t reviews—I want to celebrate polished work from small creators. I don’t think there’s a reason to bring attention to less refined games by sharing negative or overly-critical opinions.)

Technology-wise, I wanted to create a site that’s something more than just a barebones static-site markdown renderer. I did the initial design in Sketch, and wound up building a CMS for this project on a tech stack of PHP and MySQL. The CMS is designed to be the backbone of many of my future plans, and also has some fancy features for this project, like connecting to the itch.io API to fetch pricing info/metadata about games.